The Bexhill 100 Festival of Motoring

The May bank holiday weekend of the 6th and 7th May 1990 remains an important date in the chronicles of Bexhill and, for me, an important two days in my family's history. This was the date of the very first Bexhill 100 Festival of Motoring - an event that would go on to become the biggest in the town's history and one of the greatest in the South of England. The final Bexhill 100 took place in 2002.

Excitement had been building for some time about a new event in the town, but few could have predicted that this event, the first of which was put together in just 13 weeks, would become such an enormous yearly attraction, that people from hundreds of miles away would travel to attend and be a part of.

Crowds like we saw in the days of the Bexhill 100 Festival of Motoring will likely never be seen in Bexhill again. 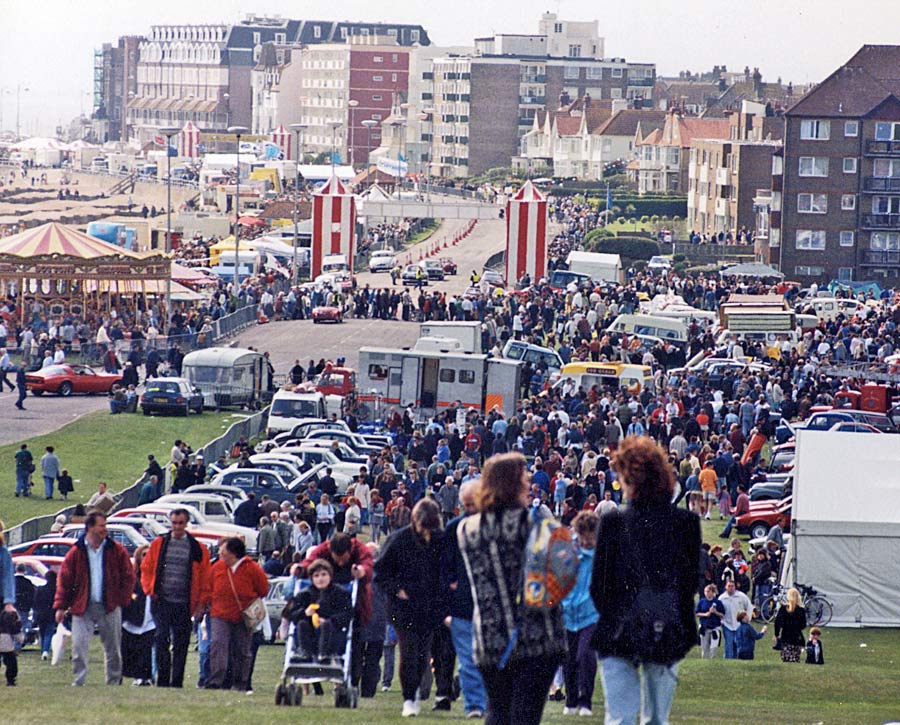 In 1990, Bexhill wasn't yet officially recognised for being the Birthplace of British Motor Racing. It was however largely suspected to have been one of the first places to hold a motor racing event. Whilst helping to organise the event with main organiser Brian Storkey, my late father, Brian Hazell, spent several years researching evidence to present to the RAC. As Brian Storkey states:

"The RAC finally acknowledged in 1994 that Bexhill-on-Sea was indeed the Birthplace of British Motoring. Brooklands Motor Museum and Track therefore had to amend their logo to "Home of British Motor Racing", and signs to the three approaches to Bexhill proudly proclaim its place in British Motoring history."

In 1990 I was only 11 years old and my role in the first event was helping out in the souvenir shop. I remember selling tickets to win a ride in Chitty Chitty Bang Bang (I didn't get one myself though).

It should be mentioned that in the 13 fantastic years of the event, it would not have been such a huge success without the amazing support of a lot of people. Special mentions for Ken Pope, Paul Foulkes-Halbard, plus all the other organisers, helpers, marshals, sponsors, emergency services, entertainers, vehicle entrants, etc. Together, they all helped make the Bexhill 100 a wonderful, unforgettable event for our town.

To commemorate the 25th anniversary of the first Bexhill 100 Festival of Motoring, I asked my friend and local journalist, Camilla Lake, to write an article for me. Please enjoy...

Looking back at the Bexhill 100 Festival of Motoring

As much part of the fabric of this quirky little town as salty air and sea breezes is the romantic whiff of petrol.

Bexhill has a unique and intriguing motoring heritage from the earliest moments of the 20th century to be proud of... yet as recently as 30 years ago we had not the faintest idea it existed.

It took the combined vision, determination and effort of three local men to show the town and the rest of the world that Bexhill was the Birthplace of British Motor Racing and go on to create a fitting platform to launch that from - the Bexhill 100 Festival of Motoring.

They were Derek Smith, Brian Storkey and Brian Hazell, unsuspecting champions of a golden age of pioneers who a century later would be saluted by modern day motoring enthusiasts. From casual speculation about how best to promote Bexhill they hit upon the little-known fact that the first ever race was held along the seafront in May 1902, verified in the records of Lord Montague of Beaulieu, and knew immediately they had struck pure gold. 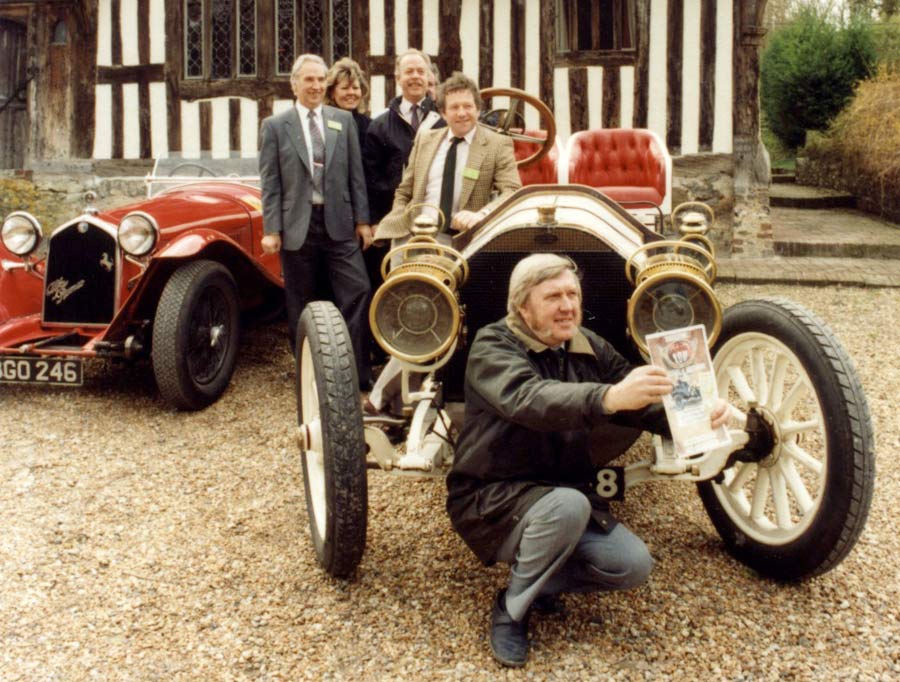 Aided and abetted by David Blake, the council's tourism officer, they worked all hours, pulling in favours and enlisting all available help to realise their dream.

And get the show on the road they did - even the sun shone for the first ever Bexhill 100 Festival of Motoring and over the many thousands who turned out for it. 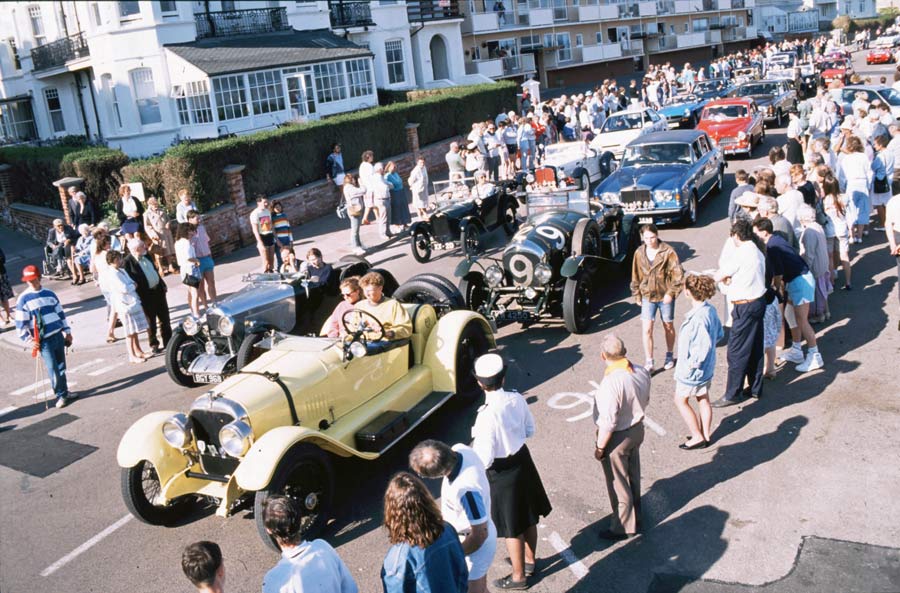 Brian Storkey has written about the the intense activity and sense of achievement in setting up the festival, on the Bexhill 100 website, bringing to life the heat, colour, smell and excitement of those heady days:

"We had been blessed with absolutely glorious weather for that first festival weekend - it could have been the South of France, the sea was calm and blue, the sun was warm and the atmosphere was really Continental, Bexhill had seen nothing like it for 88 years, not since those heady days in 1902. Having enjoyed a wonderful Pit & Paddock day on the Sunday, and wined and dined at the Sackville Dinner on Sunday evening, we excitedly rose very early for the Bank Holiday Monday, the atmosphere was incredible, crowds of people, hundreds of vehicles and the roar of the crowd was amazing as the celebrities arrived on board a variety of vintage and veteran vehicles." 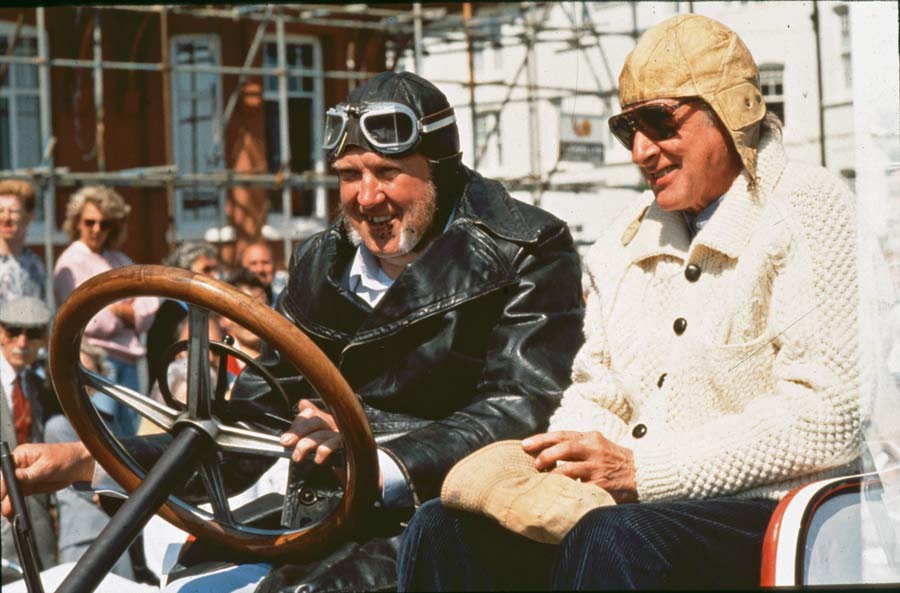 "Mr Maurice Bell, the Mayor of Bexhill that year arrived on his treasured "World War 2" army motor cycle, to the delight of the crowds. To our amazement an old "battleship grey" pre-war coach turned up from Sweden, with the driver, conductor and passengers dressed in period costumes, it was certainly a day full of surprises. In later years it was a common occurrence for vehicles to come to the Bexhill 100 from the Continent."

"It was an amazing feeling to stand on the top of the old open top South Down Double Decker bus which acted as our commentary point, and view the event. We were absolutely thrilled, delighted, surprised, relieved and very proud. I am sure that we all had tears in our eyes. Vehicles from all years and genres kept arriving, vintage, veteran, classic, commercial, military, and quirky. All the drivers had huge smiles on their faces, as if they knew they part of something special, it is as if they knew they were coming home, to The Birthplace of British Motor Racing. Bexhill seafront was alive with wonderful vehicles, smiling faces and the throbbing sound and smell of hot engines, which had been lovingly tuned for the occasion." 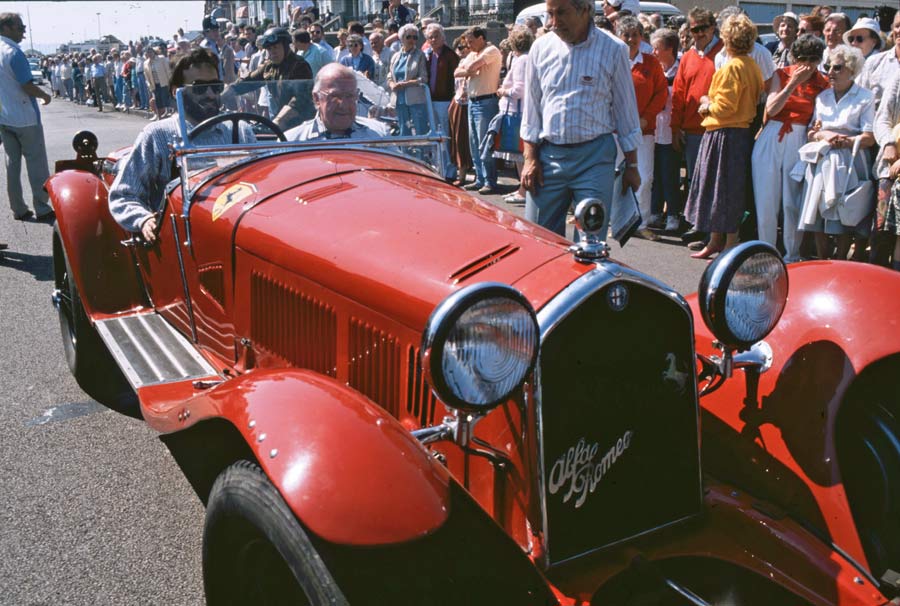 "All sorts of events ran throughout the day, including the "free-wheel" downhill from Galley Hill, which re-enacted a similar event which took place during the Races between 1902 and 1906 in Bexhill, where cars glided without power from the top of Galley down to the seafront, when obviously the one that travelled the furthest won the competition. We had compatible pairs driving alongside each other, not at breakneck speed but fast enough to be exciting and make enough noise." 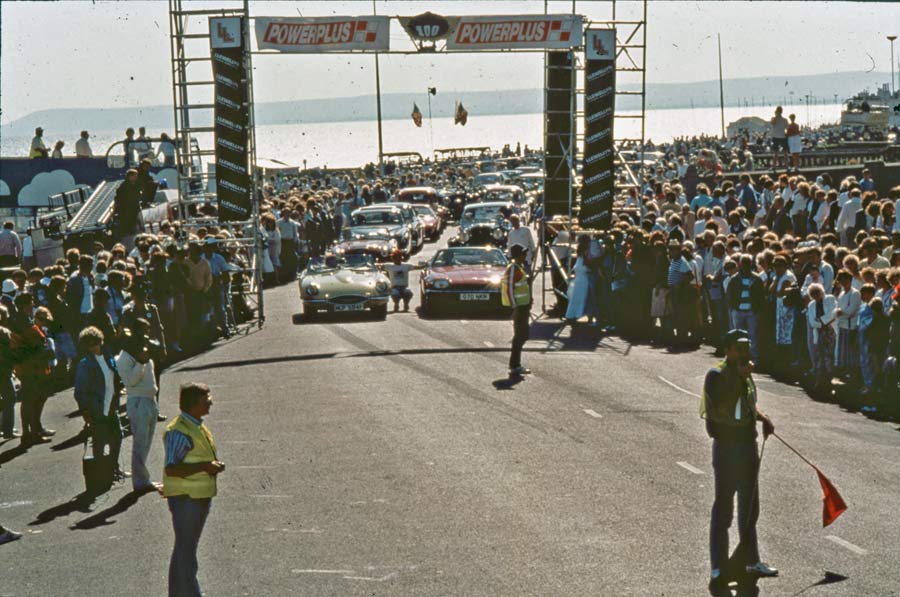 "Some wonderful cars were on show, they just kept on arriving throughout the day from all over the country. The event seemed to have caught the imagination of the motoring world and had suddenly taken on a life of its own." 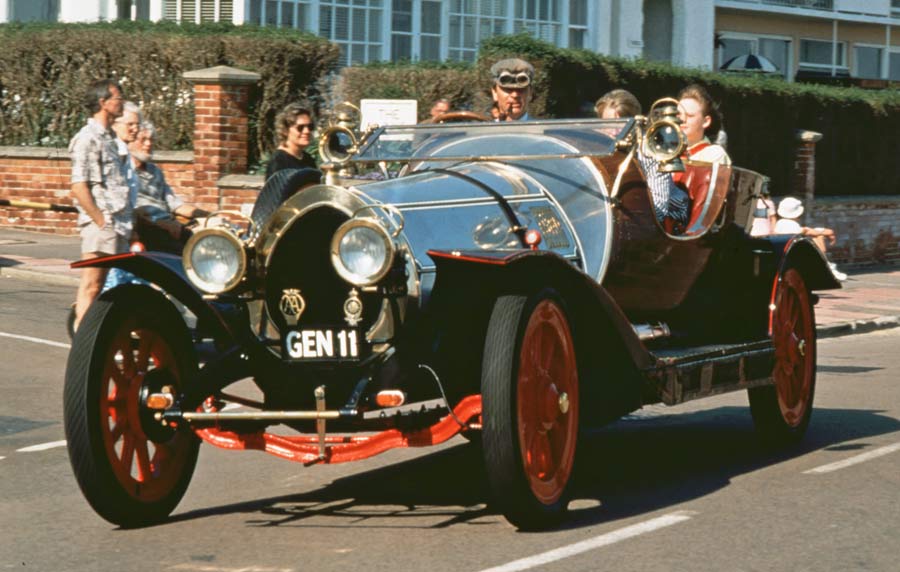 Chitty Chitty Bang Bang was a special guest at the first Bexhill 100 Festival of Motoring.

The festival was held for 13 years, growing in size, reputation and popularity, going on to give its name to the thriving Bexhill 100 Motoring Club, but its hard to imagine now why the event is not still happening - surely by now it would be better than ever?

Brian, who looks back on those days with enormous affection and pride, said he made the decision to end the Festival because of a refusal by East Sussex County Council to allow a road closure. This one concession would have meant all the difference to the organisers, allowing them to charge visitors for a programme, but as it was that opportunity was just not available.

"We couldn't make people buy a programme without that," he said. "So we would have say 30,000 visitors there but only sell a few thousand programmes. The Festival was huge - it stretched from the sailing club up to Galley Hill and there were people as far as the eye could see, but unfortunately we only sold some 5,000 programmes. So I had to call it a day - unfortunately three years after we closed the event I had a phone call from ESCC saying we could close the road. I said - it's too late."

"It was really disappointing. But I have to say the Festival was a wonderful event and I am very proud of it. It was something quite memorable. It was a magic moment when we came up to it, a lot of work and it took a lot of time, but it was an amazing event. And it put Bexhill on the map."