home » Eye on Bexhill » The Results Are In!

The Results Are In!

After two months of consultation, the results for stage 2 of Bexhill's Community Governance Review have been published. As a reminder, the consultation ran between 1 September and 31 October with the aim of asking people who live or work in Bexhill how they want Bexhill to be governed moving forward. I wrote a number of articles on the subject.

A total of 9,227 valid responses to the consultation were received - an impressive number when compared to similar consultations taken around the country. Of these, 9,032 responses were from residents. This number represents 25.8% of the electors (34,912) of Bexhill. You can read the full report on Rother's website.

If you perform some quick calculation (93.5% of 25.8) you will find that, overall, 24.1% of the residents of Bexhill voted for option 2 - a town council. This statistic proves interesting when you compare it to the results of 2015's local elections... 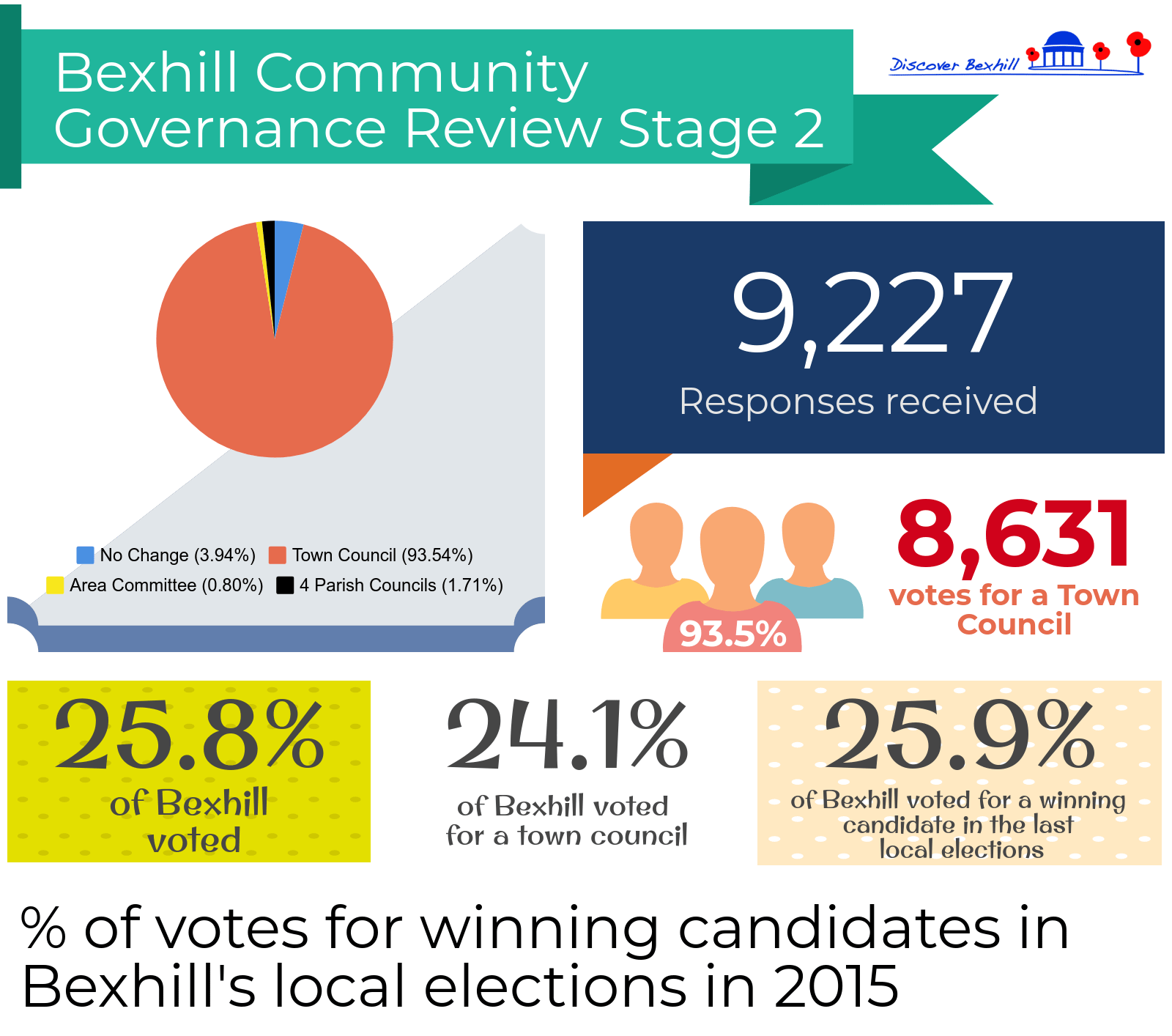 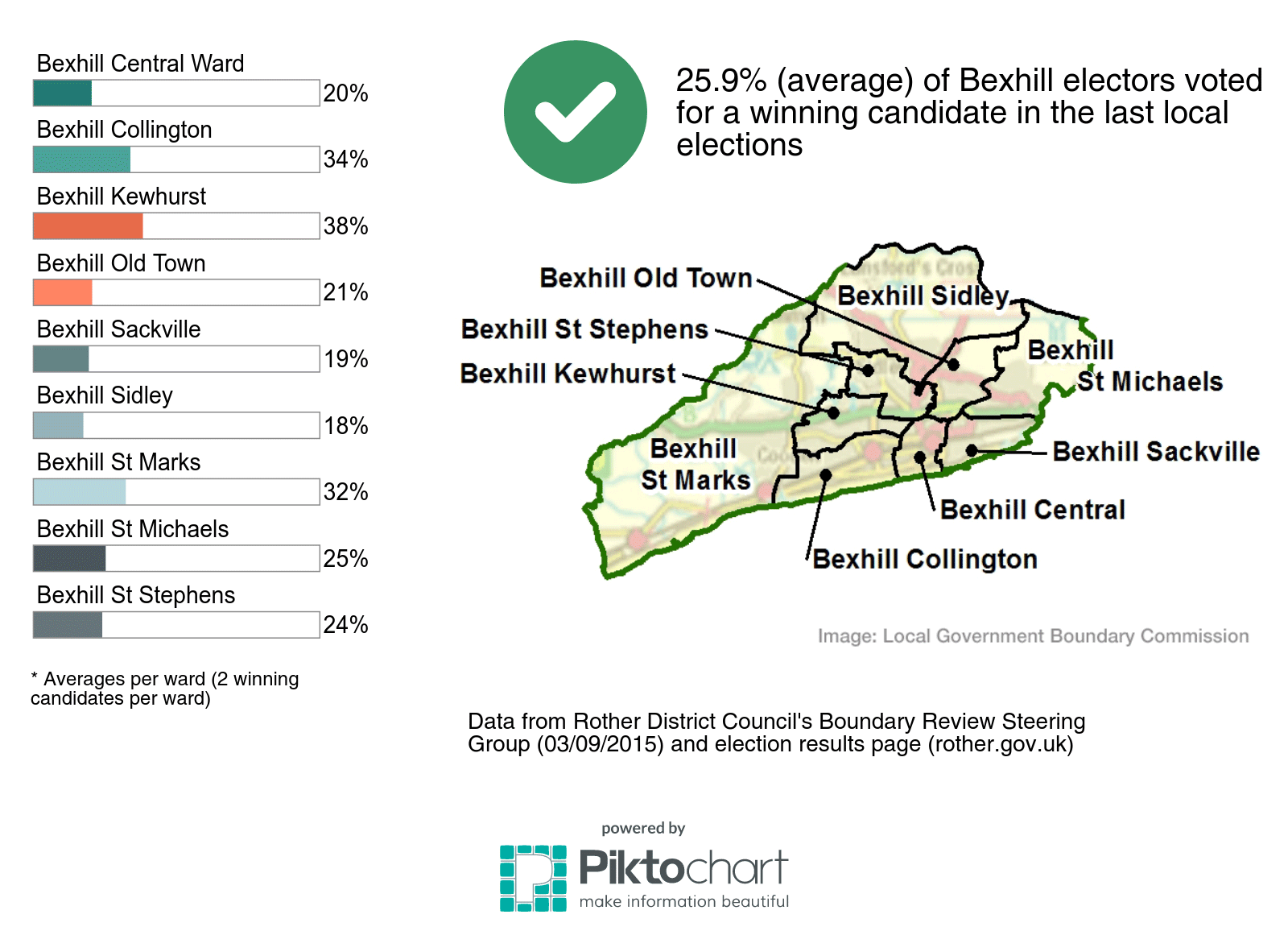 As you may be aware, Bexhill is separated into nine wards and it is worth noting that in 2015's elections, 6 of the 9 Bexhill wards were won with an average of 25% of registered voters or less.*

On Thursday 10 November, the Community Governance Review Steering Group voted (by 6 votes to 3) in favour of putting all 4 options forward to full cabinet (even though preference has clearly not been shown for options 3 or 4 in the consultation). A final decision will be made at full Council on 18 December.

Looking to the future

With local elections coming up in 2019, you will get your opportunity to decide if your ward candidates are representing your needs well and doing a good job for you. So, do continue to talk to your ward councillors and express your views - they have been elected to represent you. Should Rother District Council act on the will of the 93.5% of people who responded in the consultation and set up a Bexhill Town Council, elections for councillors for the Bexhill Town Council will also take place in 2019.