home » Eye on Bexhill » Does Bexhill Need a Town Council?

Does Bexhill Need a Town Council?

Everyone of all ages who lives or works in Bexhill has the opportunity to tell Rother whether they would like to have a Bexhill Town Council.

A little bit of history: this is the second time that Rother has held a consultation, known as a Community Governance Review (CGR). The first consultation, which was held in 2017, resulted in a stunning 9,227 Bexhill residents responding, with 93.5% supporting a town council, and only 3.9% wanting no change. However, Rother District Council said no.

In the subsequent local authority elections, 17 of the 18 Rother councillors representing Bexhill wards, lost their seats and were replaced by candidates who supported a town council. The ruling party of the District Council lost control, and it is now run by the Rother Alliance, a mixture of Independent, Labour, LibDem and Green councillors.

By law, another CGR has to be held before a town council can go ahead. 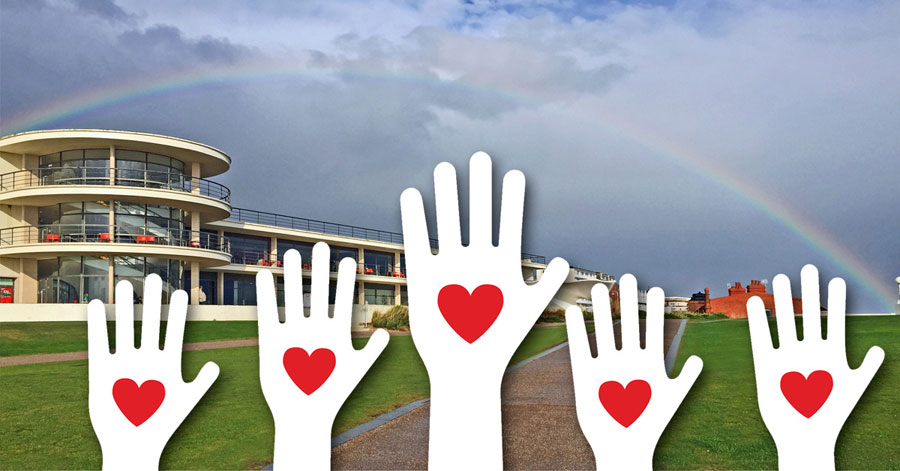 How does the current governance work? 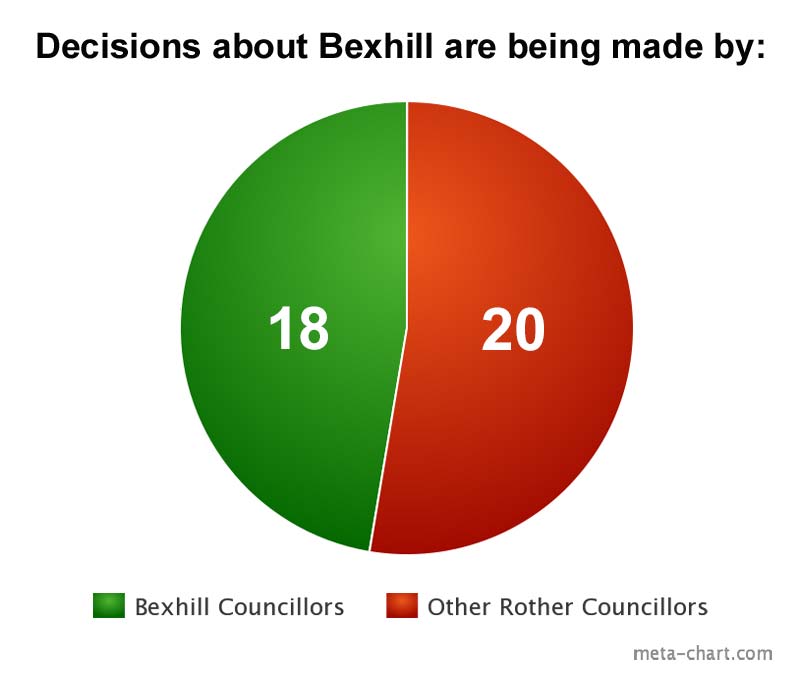 Decisions about services provided to Bexhill residents (detailed here) are made by Rother District Council's 38 councillors. It is worth noting that at present only 18 of those 38 councillors making decisions about Bexhill live in Bexhill and the remaining 20 live in other areas of Rother.

Each one of the 38 councillors has equal voting rights on Bexhill issues. This means that you rely on councillors from Rye, Battle and other areas to know Bexhill well enough, and care enough about Bexhill, to make the right decisions about it.

Also worthy of note is that whilst Bexhill does not have a town council, both Battle and Rye, the other towns represented by Rother District Council, do. They see benefits in continuing to have this extra tier of governance.

What does a town council mean?

A Bexhill town council would establish a first tier of local government below Rother District Council - a tier that is closest to the people. It would technically be a parish council, styled as a town council.

There are currently around 10,000 parish, town, community and neighbourhood councils across England. In this case, the town council would be a single entity - one council for the whole of Bexhill.

A town council focuses only on the town, on those big and small issues that matter to its residents, who want a better, brighter town that can be flexible and responsive to its residents.

In addition, other town (and parish) councils around the country have been popular for also setting up or tackling:

As a local council, a Bexhill town council would also have the opportunity to apply for grants; opening doors to new sources of finance for the town.

The message seems to be that you can look upon a town council as an enabler to provide enhanced benefits and services especially for Bexhill and its residents. 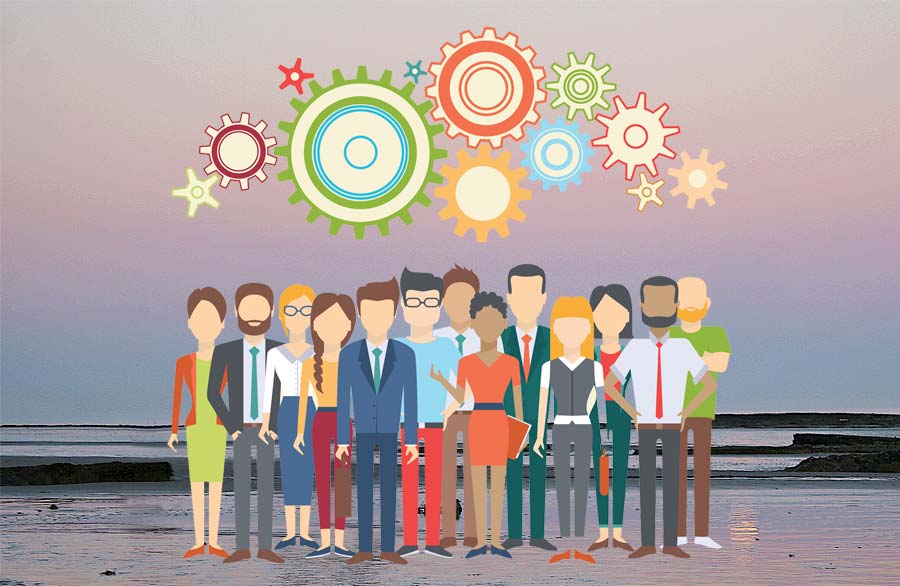 What would a town council cost me?

Having a town council would cost money. Although the 18 town councillors would not be paid, additional yearly costs would be incurred for hiring a parish clerk to manage the money, plus any extra staff, contracts and services, rent for offices and meeting rooms and day to day operating costs. The additional costs for a town council would be charged as a 'precept' through your council tax bill.

Rother has agreed that these basic costs for a town council would be £7.50 a year for a Council Tax Band D property, which is 14p a week.

Happily, Bexhill taxpayers already pay £37 a year for some services for Bexhill, such as some parks, allotments, the museum and other services. If these services were, by agreement, transferred to the town council, their cost would not change, making the precept £44.50, £37 of which residents already pay. However, if the town council decided to initiate new services, the cost would rise. The average town council precept across the country is £57, but this varies a lot depending on the population, house values and services provided. Bexhill is large, which reduces costs per head. A town council precept is not capped. Many towns have a mechanism whereby they consult with their residents on what services they want. It should also be noted that people in Bands A, B and C pay less and those on low incomes and/or benefits are entitled to an 80% reduction, depending on their circumstances.

You only have to have a quick scout around the internet to find case studies showing the benefits of town councils. Having formed a town council in Aylesbury (population 40,000), they were able to form an agreement with the local county council to deliver minor maintenance to footpaths and road surfaces (3). In addition, Aylesbury town council now maintains street furniture and signs and tackles what they call 'grot spots'. A funding package was also agreed with their county colleagues to match the spend of the town council, opening the door to investment in staff and equipment for maintaining and regenerating the appearance of the town.

Battle has a town council (as does Rye)

Battle has a population of 6700 people, compared to the 43,000 residents of Bexhill, and it already has a town council providing a first tier of local government above Rother District Council. This means that Battle councillors, rather than Rother District councillors, are making key decisions on functions and services that include: (4)

Making the case for tourism and events

In my article following the Bexhill Roaring 20s, I discussed the need for a change in funding policy for Bexhill's major events to survive. I'm pleased to report that since the change in leadership at Rother District Council following the 2019 election, this is now happening. Although, sadly, it's too late to save Bexhill's big Roaring 20s event.

From my point of view, as an investor in Bexhill and its events over the years, I believe that a town council could open up great opportunity to really get behind Bexhill's community events.

How can I give my vote?

If you live in or work in Bexhill, this governance review opens up an opportunity for you to help shape a new future for the town.

This consultation is now open until 4.30pm on 3 April 2020. You are invited to complete a survey which can be accessed via this website or you can write to the Community Governance Review at the Town Hall, at Bexhill TN39 3JX. 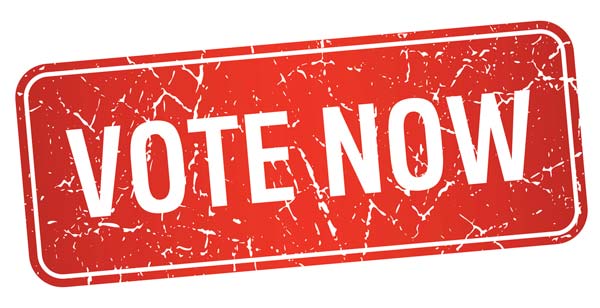