home » Eye on Bexhill » Bexhill's Governance Review - Why Is It So Important?

Bexhill's Governance Review - Why Is It So Important?

You may already have read my recent article, Does Bexhill Need a Town Council? discussing the four options available to people in Bexhill's Governance Review. I'm pleased to report that I've received a lot of positive comments about it from both the Bexhill public and local councillors of all political parties.

I've made it publicly known that I believe that a Town Council could be great for Bexhill. And since the process began at the beginning of September, Bexhill residents, property owners and workers have been reading up, asking questions and making decisions on how they want to be governed as we move forward together.

The aim of this article is to discuss some of the most common comments and questions I have seen raised over the last couple of weeks. 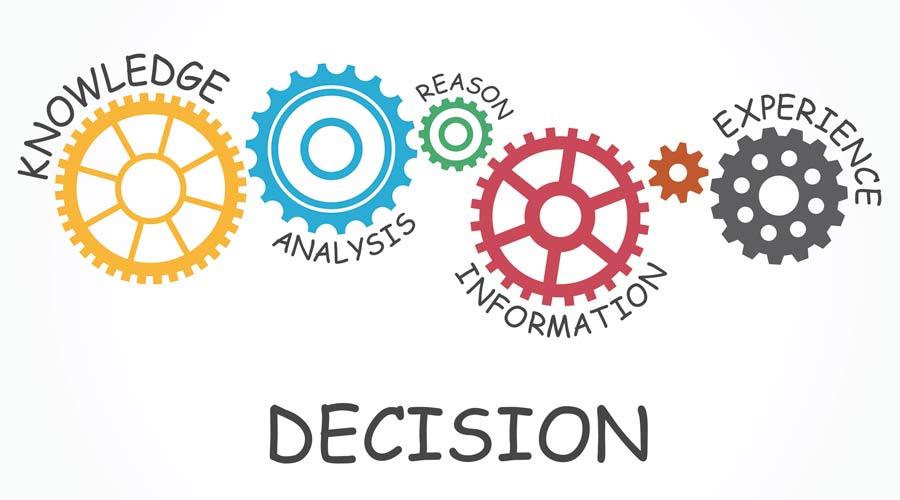 Word is getting out

At the Bexhill Town Forum on Friday 22 September, the independent Chair of the Governance Steering Group suggested that Bexhill should feel ashamed of itself for the participation numbers in the town's governance survey so far. In response, it was suggested to him that the blame for the supposed 'lack of response' should be laid at the door of Rother District Council. And there's a very good reason one might agree with that...

The Governance Steering Group originally recommended that Rother District Council should send an information leaflet and survey card in the post to each and every household in Bexhill; informing them of what is happening and asking them to make a choice, should they so wish. When a vote on that recommendation followed at a full Rother District Council meeting, the idea was voted against (for the reason that it was too expensive). Bizarrely enough (or not), several of the Conservative councillors who sit on the Governance Steering Group that put forward the suggestion for the postal leaflet then voted against the idea when it came to the full Council meeting. Perhaps you're scratching your head and asking yourself why? Or perhaps you're thinking that this demonstrates part of what is wrong with Bexhill's current governance.

An extension to the consultation

There seem to have been mixed messages going on throughout the process so far in terms of what people have been told by their elected ward councillors about each option, and about how they can take part in the consultation. I believe it is for this reason that the consultation has now been extended to 31 October. So, there's still plenty of time for you to take part.

Read up on the options (RDC website) and talk to your councillors. It has been suggested that some appear not to want to discuss benefits that could be achieved by working with a Town Council. So, you'll need to make your own mind up based upon everything you read and hear. Of course, there's also the article that I wrote on the subject. This brings me on to an important point...

I fully appreciate that those who don't agree with my view that Bexhill should have it's own Town Council share my love for Bexhill. And it is for this reason that we should spread the message that Bexhill hasn't had an important consultation like this for 40 years and likely, according to the independent Chair of the Governance Steering Group, won't again for some considerable time. 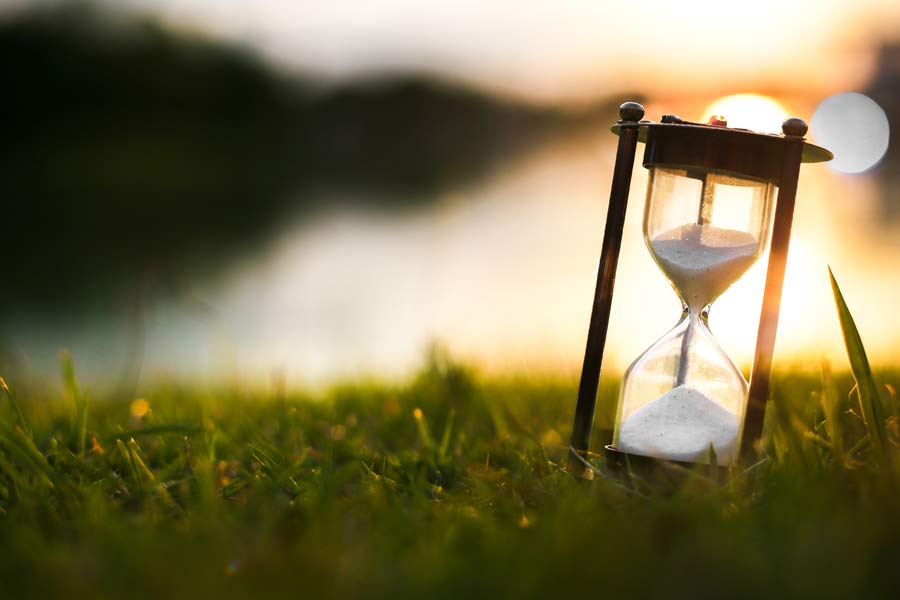 I always like to keep up with opinion. So, let's now take a look at a few comments and questions that I have observed over the last couple of weeks. Let's start with this one...

Why change what isn't broken?

A couple of people have recently said to me, 'if it ain't broke, don't fix it...' I very much respect their right to express that opinion, but I can't say I agree with it. Please allow me to explain why.

I think that rather than saying we shouldn't change what isn't broken, we should always be looking around at what new opportunities are available. Is what we have really working well for us? If you think it is, then that's fine and I don't want to belittle that. But, what if you think we can do better?

I find it limiting to think that sticking with something is a good idea because it isn't broken. The reason you're reading this now is because people decided that carving messages into rock wasn't the most effective form of communication and that it could be improved upon.

When mentoring young entrepreneurs, I talk about the concept of taking something that already exists and improving upon it through learning, imagination and development. And you can see this very thing happening in this fast-growing age of technology. The Nokia mobile phone of the 90s wasn't broken... but Apple invented the smartphone and now most of us have a smartphone in our pockets. Motor cars work well as they are, but Google, Tesla, Apple and others are working towards driverless, autonomous motoring. The Earth is a great place to live, but Elon Musk and others envision us living on other planets within their lifetime, and industry moving to space. Progress, then, depends on forward thinking ideas. I believe that to be a very good reason to change something that isn't broken.

What can a town council do that a district council can't?

It is important to note that a Town Council won't replace our district council. It will simply sit in a tier above it, taking over a number of the services that Rother District Council currently undertakes as well as exploring new opportunities.

Town and parish councils don't have to be weighed down with restrictions or statutory duties as a unitary authority does. In a sense, this allows it to focus on the "nice-to-have" things. For example, you might consider it a nice addition to have a bus service that goes to and from Bexhill and Sidley after seven o'clock. At the moment, from comments that I have heard, young people often find themselves walking back from town in the dark in the evenings. So, perhaps a community bus service could be looked into.

An overall way of looking at it might be that a Town Council can focus on the "what is needed to make life easier, more pleasant, or the place more attractive?" approach rather than having to deliver services that are required by law. 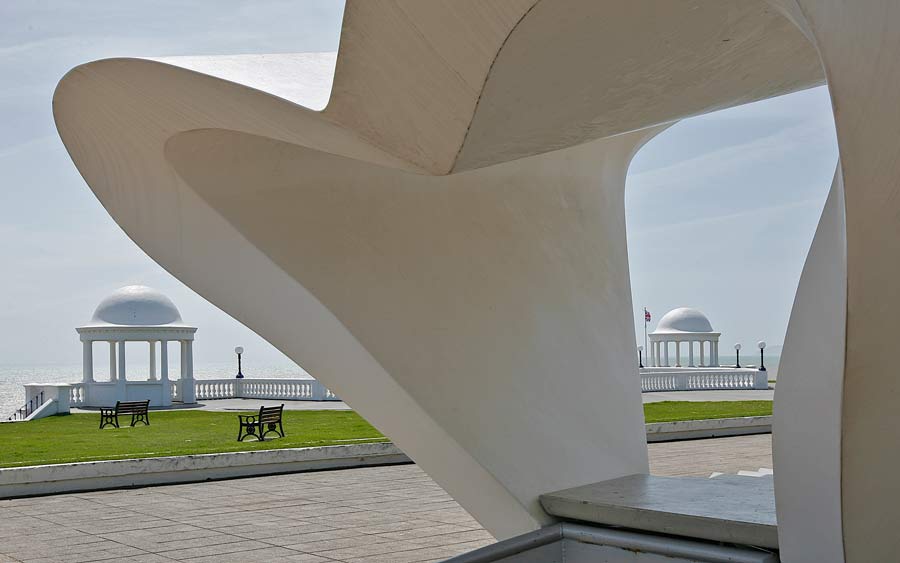 Will my council tax go up?

This question has been asked a lot. Quite simply, three of the four options will mean a likely increase in council tax (via a 'precept'), which would be used to pay for additional admin staff, contracts and services, rent for offices and meeting rooms and day-to-day operating costs.

Note that when I say 'extra staff', these would be for additional administration. Being a town/parish councillor is not a paid role.

Obviously, no-one wants to pay more council tax than they have to, so costs are an important issue. It is for this reason that I believe two of the options (the 'area committee' with no powers and the '4 parish councils') offer far less benefit. The Town Council option, however, remains a valid one.

Rother estimates that the running costs of a Bexhill Town Council would be in the region of £100,000 per year. This works out at £6.17 per year* (12 pence per week) per Band D property.

The remainder of the £22.75 additional council tax for a Band D property appears to be based on Rother's assumption of what services currently administered by Rother would be transferred to a Bexhill Town Council with no corresponding reduction in the Rother element of the Council tax.

You can find out more about the costs of each option by reading my other article in full.

If the 'no change' option is chosen, what will happen then?

I think this is an important question. When we are talking about the 'no change' option, we are saying that no change will be made with regards to governance. So, Rother District Council, made up of 18 Bexhill-resident councillors and 20 councillors from elsewhere in Rother, would still work together to make decisions on all the Bexhill responsibilites they currently take charge of.

What you may want to consider is what could happen in the future as further cuts to funding put the squeeze on budgets at Rother District Council and East Sussex County Council. There may well be re-structuring required and cuts to services will surely have to be discussed.

What's the point of having my say? It's only a "consultation"

I've read a few comments along these lines over the last couple of weeks. If you feel that you want to have a proper referendum vote on how you are governed, with a conclusive result, then I agree with you - I feel the same. However, this has been made to be a "consultation", and it's the best we are going to get. This means that whatever the outcome, Rother District Council has the final say on what decision is made. Rother District Council have already stated that an "overwhelming response" will be needed for change to be considered. So, why bother filling in the survey?

If no-one takes part in the consultation, Rother District Council will be able to say that no-one was interested. If, however, a large number of Bexhillians fill in the survey and tell Rother District Council what they want, I believe it will make the results and conclusions of the consultation very difficult to ignore. And what would happen if they did choose to ignore such an "overwhelming response?" People power is important in getting change - you only have to look back through history to see that.

This leads me on to my final point...

If a town council was installed, would anything really change?

In my previous article about what a Town Council might be able to do, I gave a few examples of the many great achievements of town and parish councils; both locally and around the country. But, getting a Town Council in place doesn't necessarily mean that opportunities will come. Indeed, you almost need to look upon it as a slightly longer, two-stage process.

Step one is to achieve the change in governance structure to devolve services to a Town Council. The second, and equally important step, is to elect the right people to the new Town Council. If Bexhill has a Town Council full of Bexhill councillors with vision, enthusiasm and expertise then great opportunities become possible.

I would like to conclude my article by saying this: Whether you agree that a Town Council is the way forward for Bexhill or not, please take this opportunity (perhaps the last one for some considerable time) to have your say. I don't know about you, but I never again want to hear anyone suggest that Bexhill should feel ashamed of itself.

How can I have my say?

Everyone of any age, whether living or working in Bexhill, is able to express their preference. Click on the 'vote now' button below to go directly to Rother District Council's survey (it takes only 2 minutes to complete). Should you wish to vote for a Town Council, choose option two.

Should you not wish to vote online, you can contact your local councillor for a response postcard or you can collect one from the Community Help Point at the Town Hall. And, of course, wonderful volunteers are giving out Democracy 4 Bexhill leaflets and voting postcards to every household, to enable you to get involved.

Want to read more about the options?

If you would like to read more about what each of the options entails, click the image below. This article has received positive comments from local councillors of all political parties. 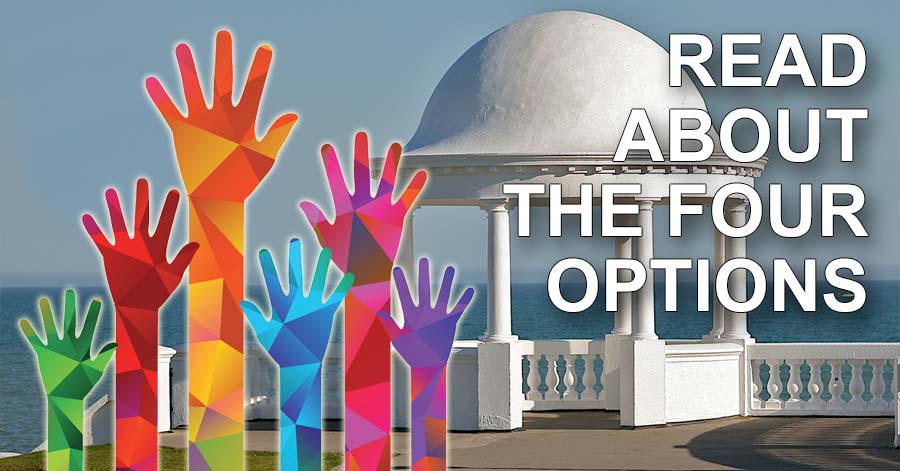 Alastair Hazell
With thanks to Viv Taylor Gee